At Euroclad we take your requirements for custom windows and doors very seriously, which is why almost all of our windows and doors are built for an easy entrance and exit for Santa. Not only is this convenient, it has actually become quite necessary.

Over the last several decades, fireplaces (and therefore chimneys) have been on the decline. Fewer fireplaces are partly due to homes being more energy efficient, and partly do to cost savings. This has left Santa in a bit of a bind as he can’t simply squeeze don’t a chimney for easy access. 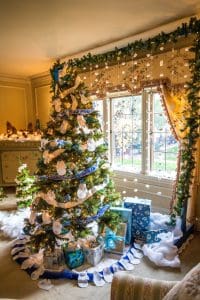 To combat the lack of access to chimneys for Santa, window and door manufacturers like Euroclad have worked hard to make sure Santa has an alternate way of getting in your home. In fact, our manufacturing process has become so advanced, Santa doesn’t even need to fit through the opening, as we’ve applied the same technology that allows Santa to travel down small chimneys.

Unfortunately Santa has asked us not to reveal the details of this technology as it’s strictly a North Pole trade secret, so we can’t get in-depth with it here. Since this technology has been around for almost a century, the only real requirement for Santa is that your home has at least one window or door that opens, as it almost certainly has the technology built in.

Lock Your Doors and Windows on Christmas Eve

One myth we hear a lot is that you need to leave your door or window unlocked in order for Santa to get in, but this is simply not true! In fact, an unlocked door or window usually means someone is still awake, and it’s possible Santa may not visit if the door is left unlocked. The last thing Santa wants is to be dropping gifts off, and have someone walk in on him. He expects everyone to be asleep!

The same technology that allows Santa to squeeze into small spaces is what allows him to unlatch a window or door for a very short period of time: just long enough to deliver the goods, and then hop back on his sleigh.

Will Santa use a Window or Door?

He’ll use the window 99% of the time. Santa wants to get in and out without waking anyone up so he likes to use the window closest to the Christmas Tree and stockings. Occasionally a door is closest, but he may prefer a window if it offers easier access to the roof and his sleigh. 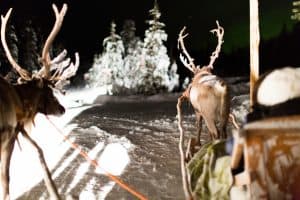 Santa is a busy guy, and he has a lot of homes to visit on December 24th. One surefire way to make sure you’re one of the first houses he’ll visit in your neighbourhood is to leave out a plate of cookies and some milk.

If you wonder why there are cookie crumbs on your window sill on Christmas morning, it’s just Santa getting in and out quickly – a little too quickly to clean up.

Merry Christmas from everyone at Euroclad Windows and Doors!