One of the biggest debates you’ll find in any home owner’s forum is the debate between casement and double hung windows. Which window looks better? Which one is more energy efficient? Which one will last longer? The truth is that both windows have some great features, but we’re never one to shy away from a debate, so we’ll cover all the pros and cons here.

If you haven’t had the pleasure of buying windows in a little while, let’s just do a quick refresher on what a casement and double hung window are. Double hung is the more traditional style window that essentially slides up and down to open and close. A casement window uses a hand crank to swing the window outward.

So which one is better? Well that depends. 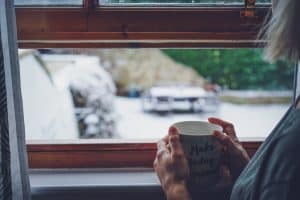 The biggest difference between the two types of windows is how they operate. Double hung windows will slide open, while a casement window cranks open. These two mechanisms may seem rather simple, but they actually significantly change how the window is built.

The first thing you’ll notice is that a casement window has the screen on the inside of the window. That’s because the window swings outward, and a screen just wouldn’t work there. Some homeowners don’t like this feature – especially if they have pets or children that can reach the screens. However, the screen isn’t as exposed to the elements in a casement window, and is likely to last longer in harsh climates. 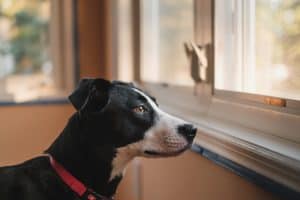 Casement windows are also easier to operate. The hand crank only takes one hand, and almost no effort, meaning pretty much anyone can do it. With a double hung window, you may need two hands to open it as friction is the usual method for keeping the window from falling back down. This friction makes it slightly harder to open, but only just slightly. (A properly cared for window with the proper lubricant opens nearly as easy.)

Because casement windows are so easy to use with one hand, they’ll often be installed in hard to reach places, like over the kitchen sink, or in an office. It’s much easier to extend one arm and use a crank than to reach with two hands and try to pull up a double hung window.

There are many debates on which window is easier to clean, but the truth is that with modern windows, they’re both pretty easy. With double hung you can often clean both the inside and outside of the window from inside the house, while with casement you can crack the window open and clean both sides from the outside the house. 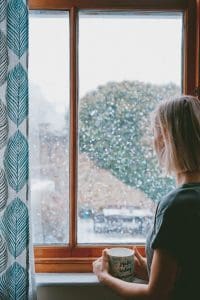 Casement vs Double Hung: The View

Lastly, the view outside between the two windows is slightly different. Usually a casement window is one large piece, while the double hung is divided into two smaller windows that slide. This division will create a break in the sight-lines, and casement windows will almost always win this debate.

The best window for you depends on your situation. If you have any questions about placement, operation, or just how great modern technology is for both types of windows, drop by our showroom and speak with one of our window experts!